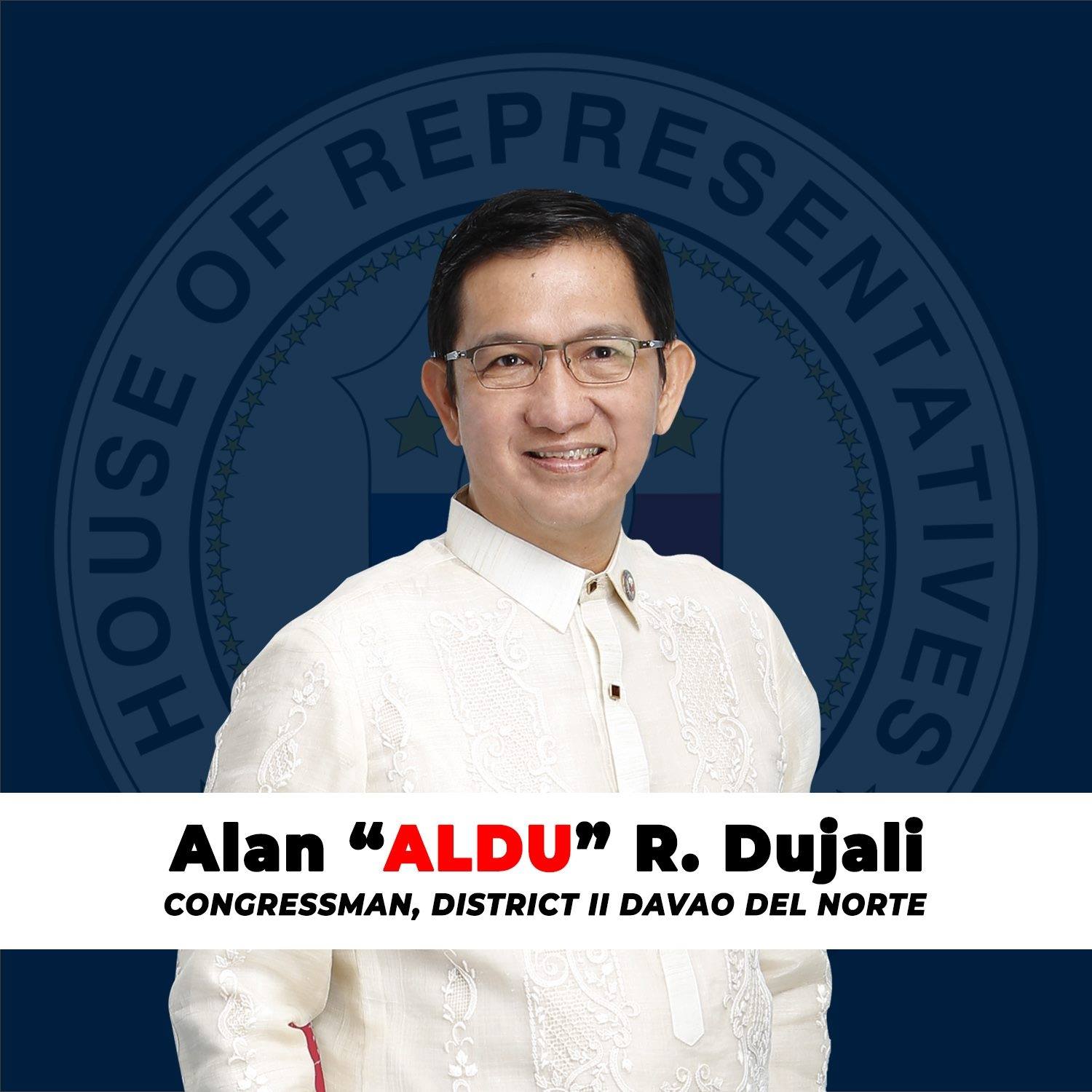 Alan “Aldu” Ruales Dujali (born 21 September 1968) is a politician who served as a Congressman of the 2nd district of the Province of Davao Del Norte from 2019 to the present. He is the son of the former Vice Mayor of Panabo City – Ben Ricardo Dujali.

He was a member of several political parties namely PDP-Laban.