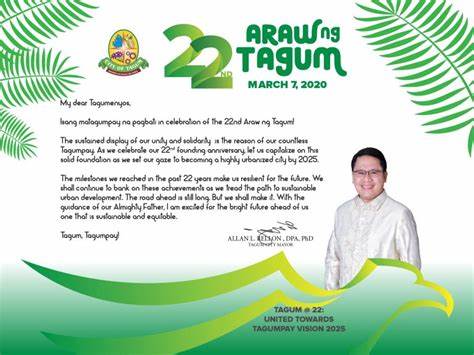 Araw ng Tagum marks the day when the city was established. It was declared as a special non-working holiday through Presidential Proclamation No. 719 series of 2004.

Our company would like to celebrate with all Tagumenyos as the city celebrates the day when Tagum was established as a city.

The city has will have a series of events including: